Can you see through the fake?

The burglar has 10 seconds in between a blackout to covertly switch out one of the coveted diamonds with a fake. And, security must work together to spot the fake using clues in the subtle size differences in the diamonds. But be careful! There are also burglars hiding among the security. Don't let them fool you in the discussion...! 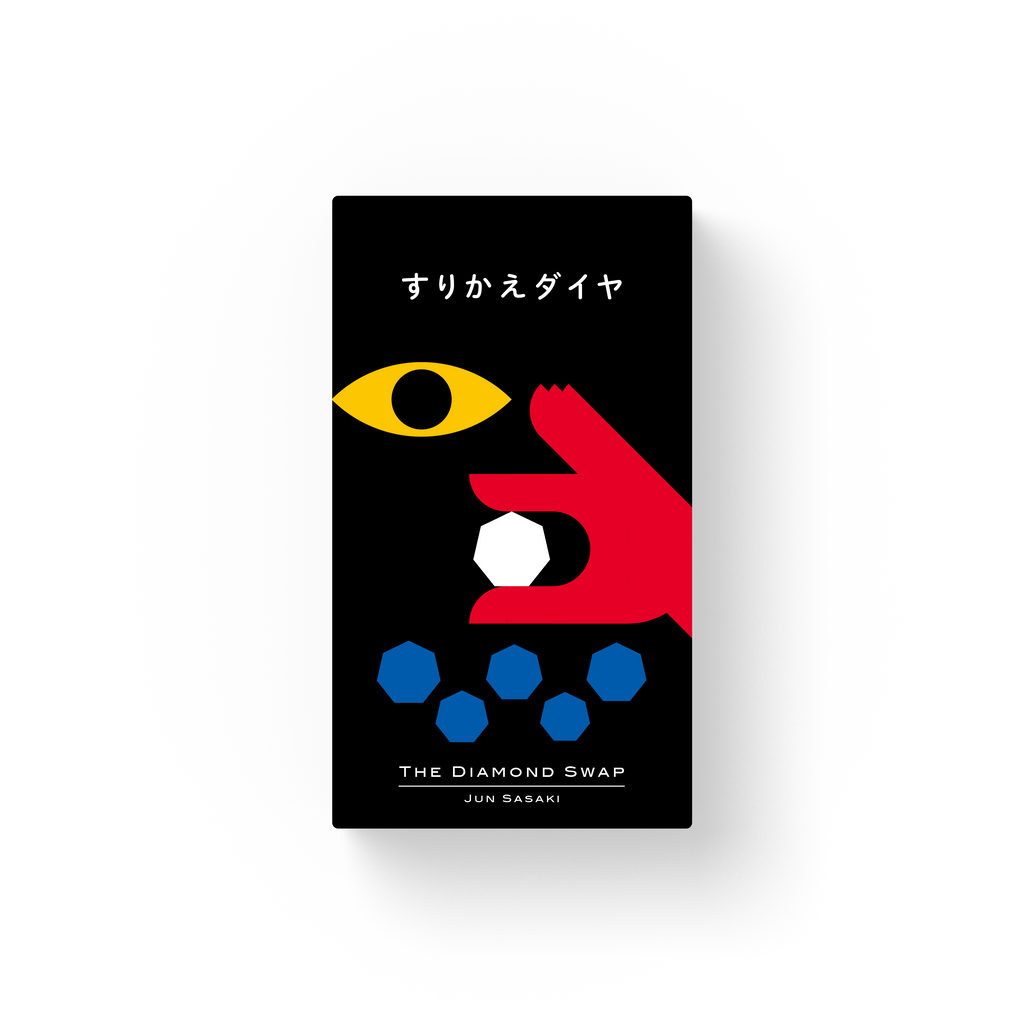 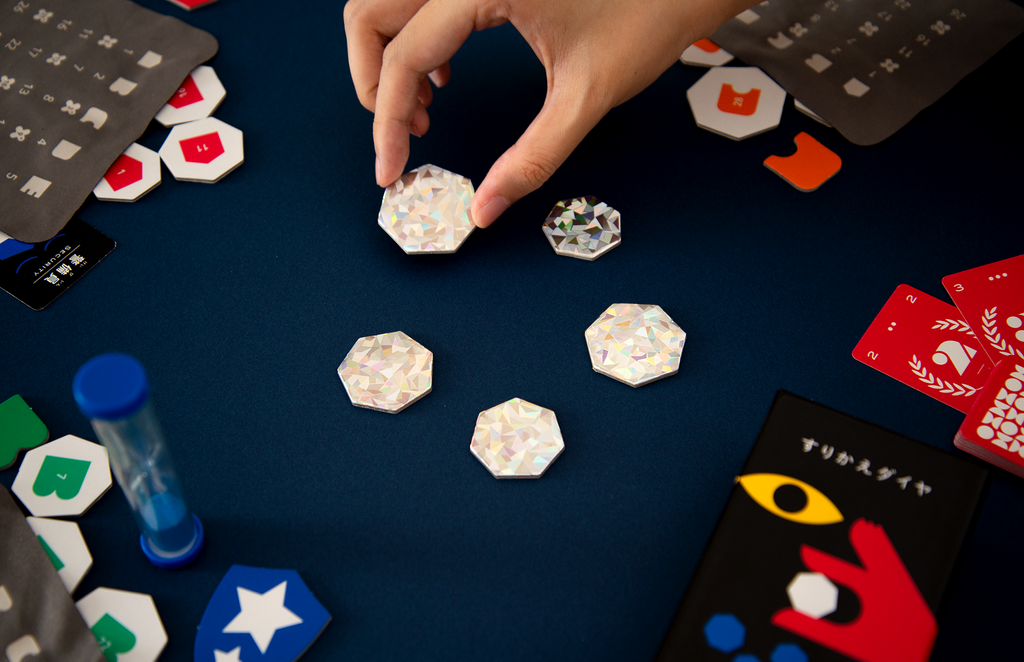 "The Diamond Swap" is a new kind of game that combines the fun of trying to spot the difference and tricking your opponents. The most eye-catching feature of this game are the brilliant diamond chips, all 30 of which are slightly different in size! In this identity-concealing type game, you are divided into two groups: the burglars whose mission is to deceive, and security, who needs to see through the subtle size changes after the diamond swap. 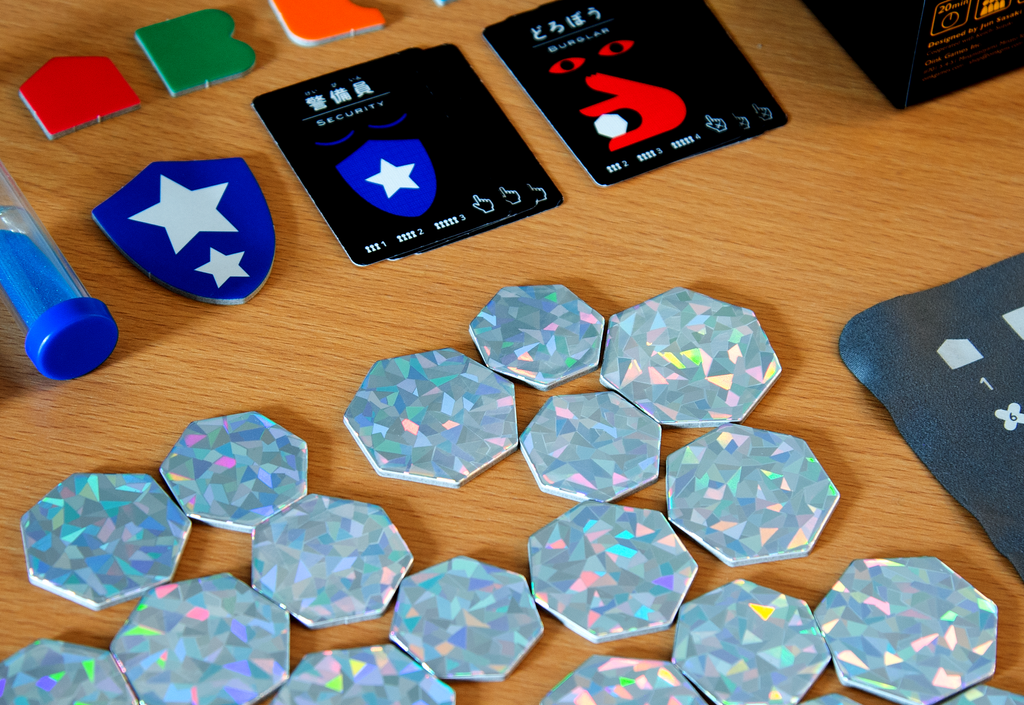 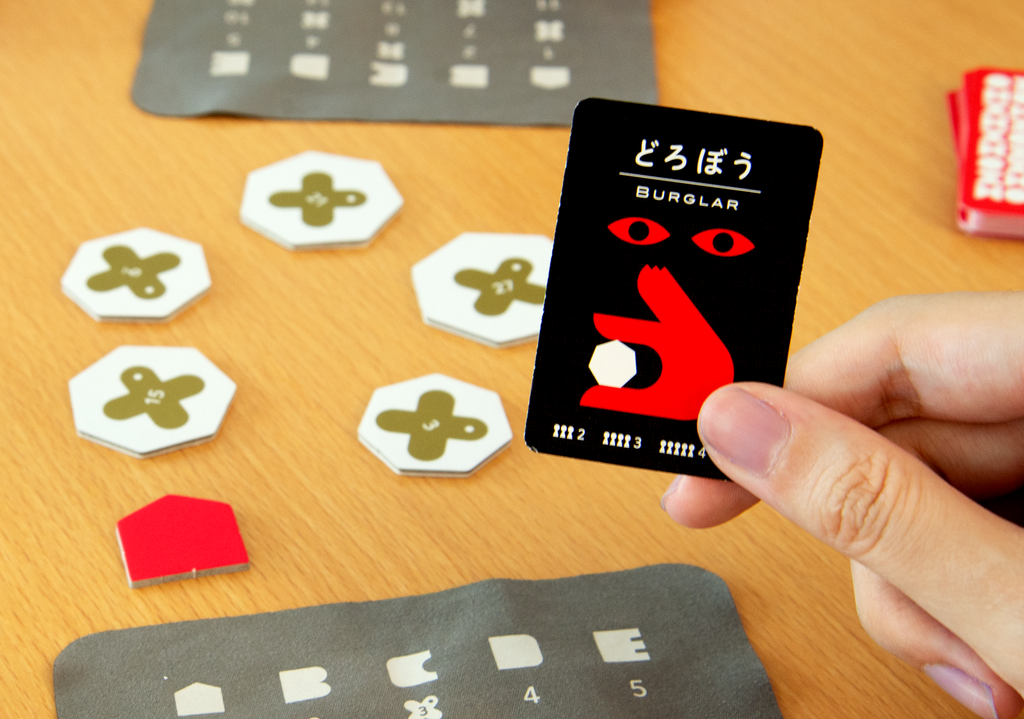 The player who draws the "burglar" card steals one of the five authentic diamonds in the center and secretly replaces it with a fake from their hand. All within the time the security guards are counting to 10 with their eyes closed. After everyone has opened their eyes, as a group, everyone has to deduce which diamond has been swapped. Though, the differences in sizes are slight. 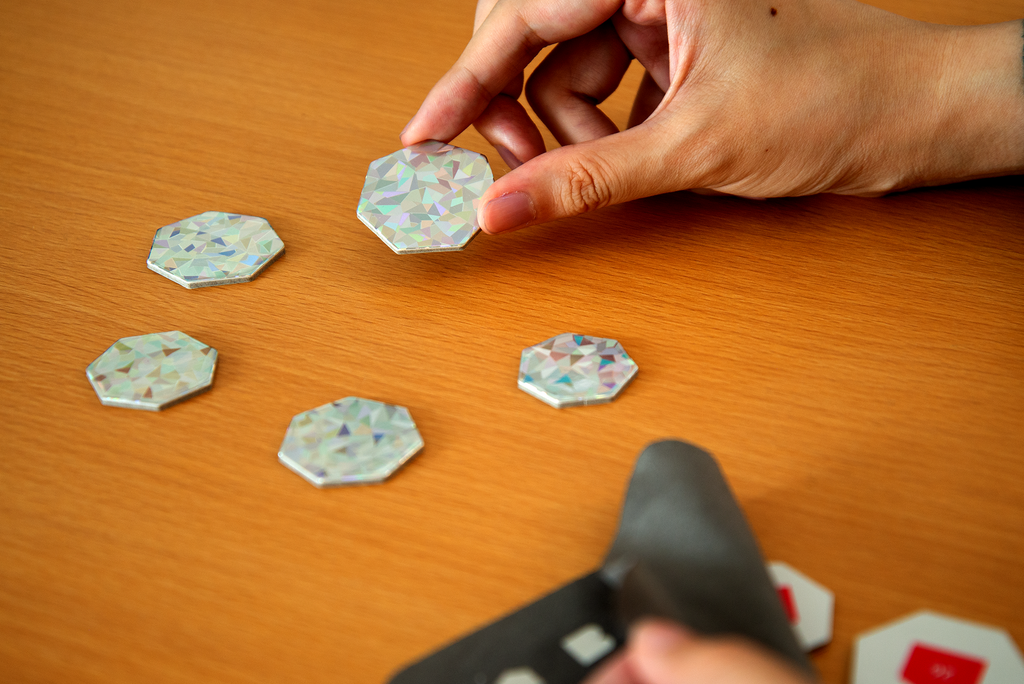 “Was this diamond this big before?”, "Aren't these too close in size? ...In the midst of all this guesswork, the burglar tries to deceive the security guards and lead them astray. Sometimes the burglar isn’t alone, and has partners in crime to help with to disrupting deductions. Can security avoid being deceived by the burglars and reveal the diamond that’s been swapped? 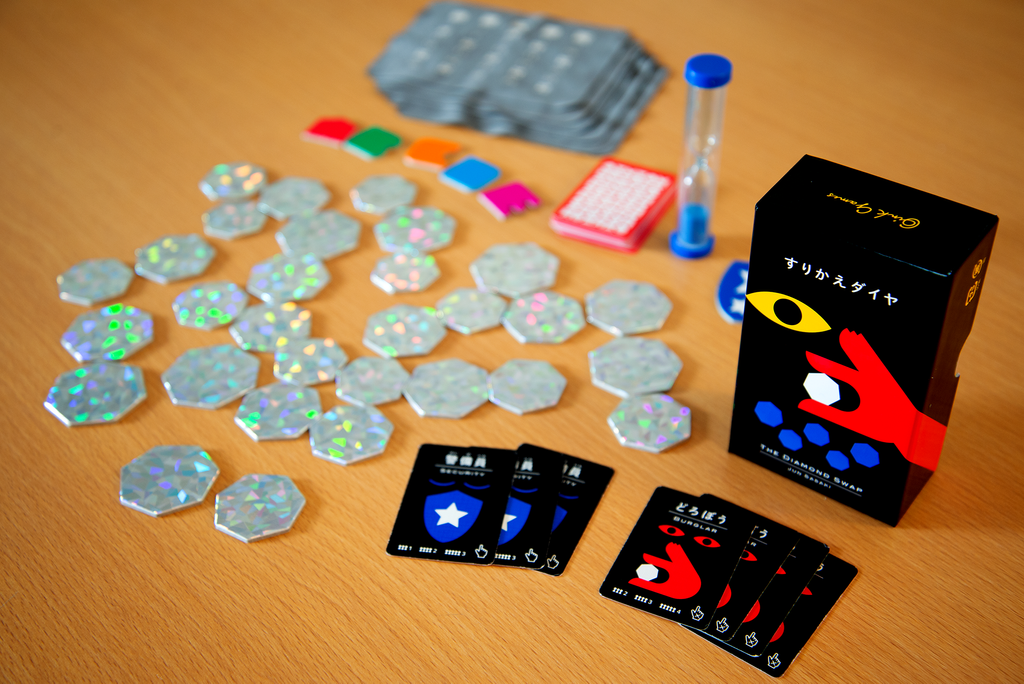 It’s a new kind of game played with brilliant diamond chips, alongside other gorgeous components such as cards, player chips, an hourglass and cloths for concealing. 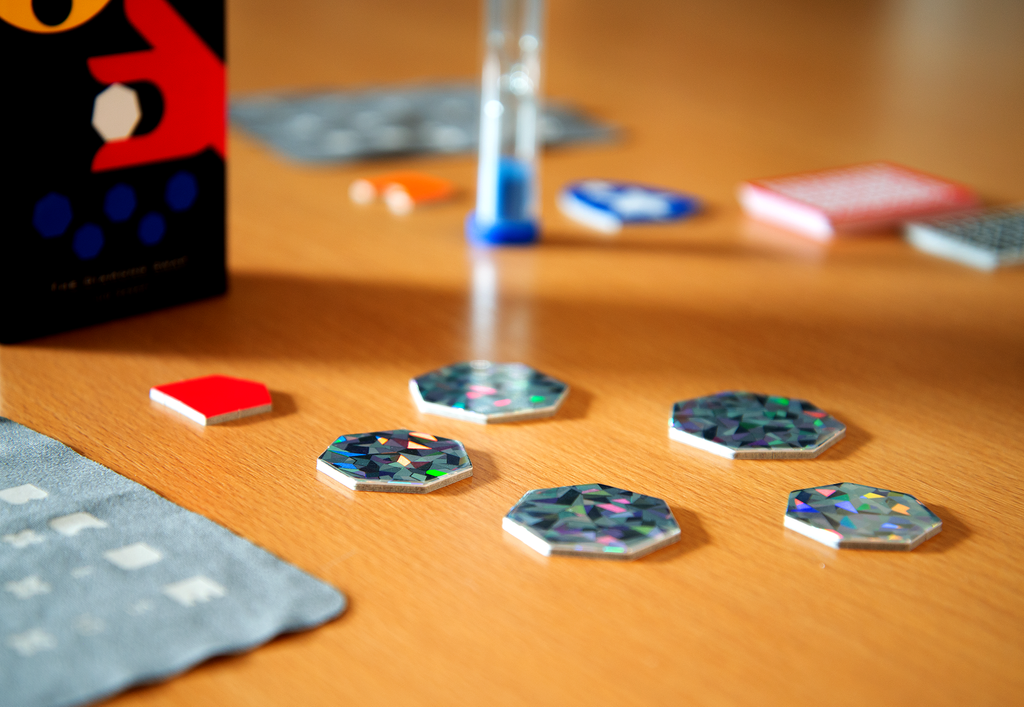 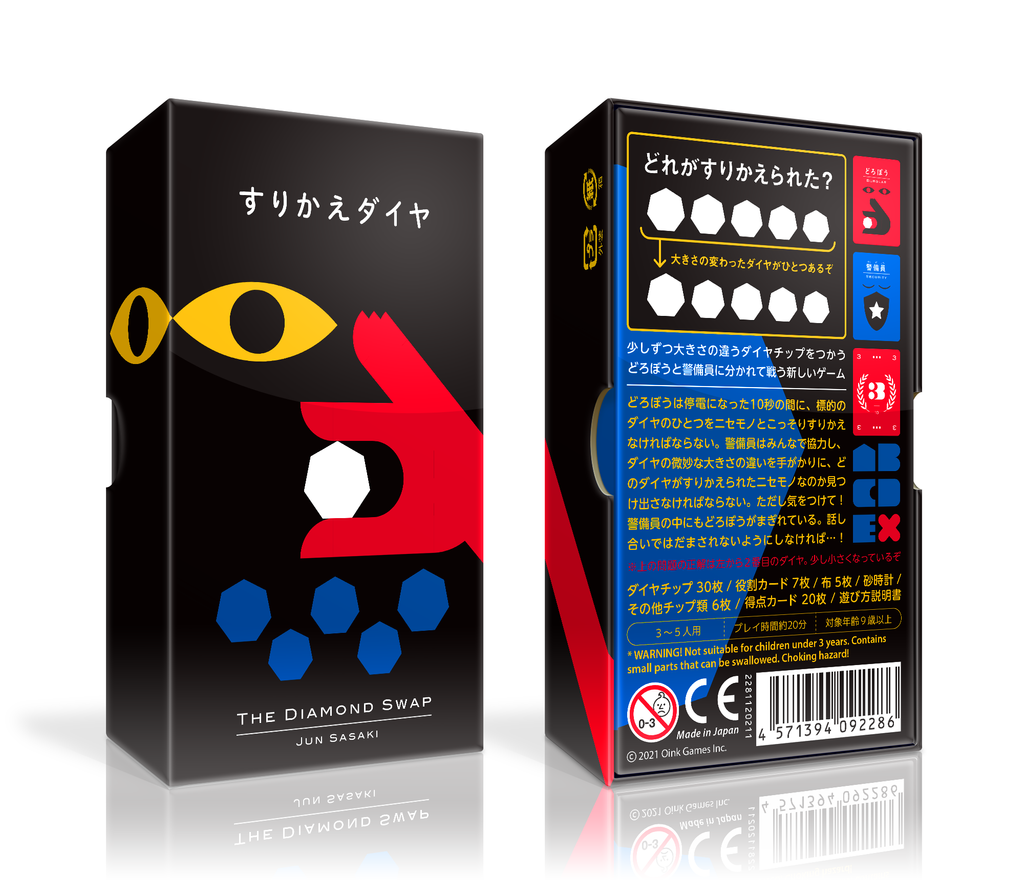