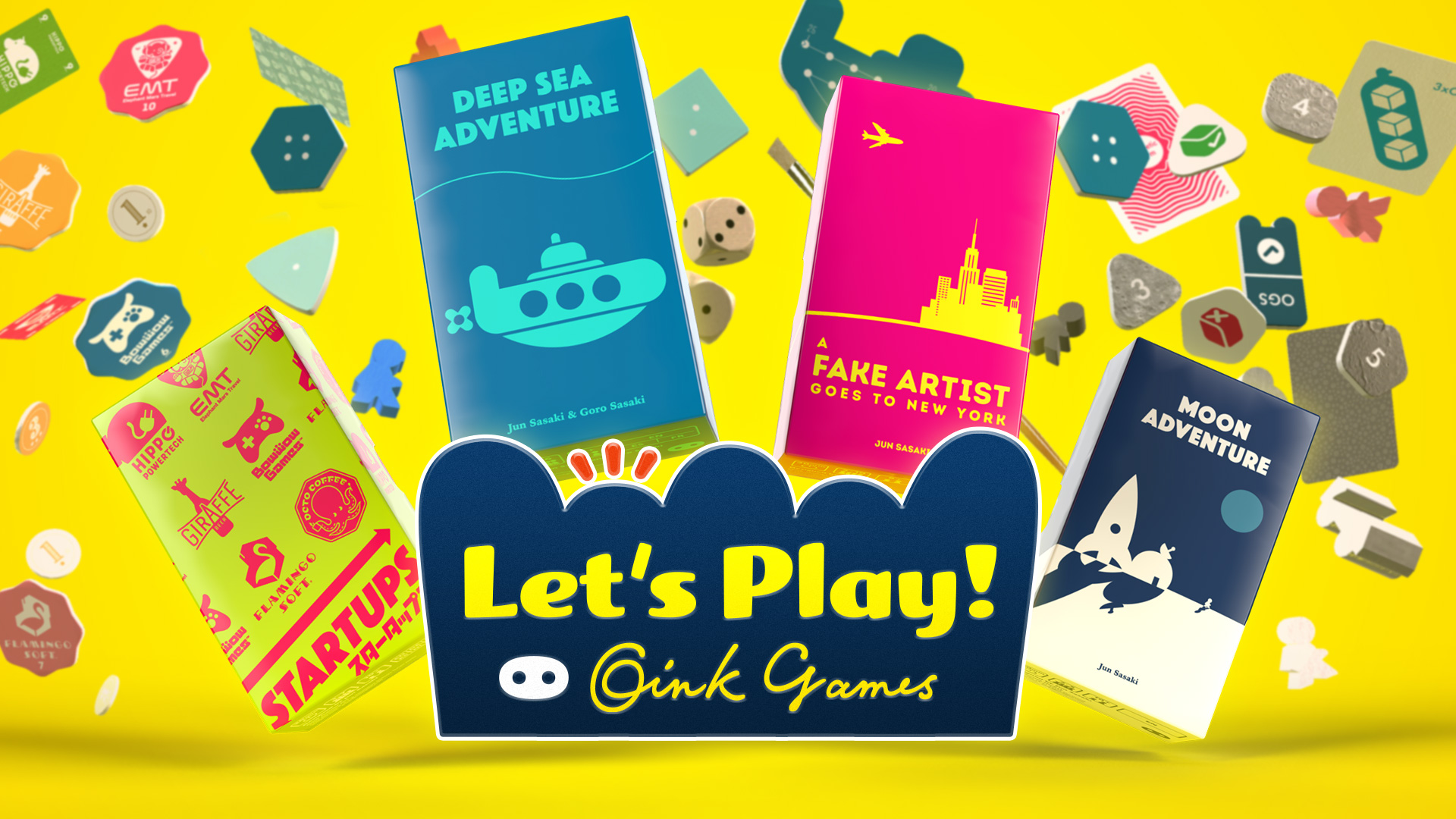 Oink Games released "Let's Play! Oink Games" for Nintendo Switch on December 15, 2021 (PST). You can play the Oink’s popular titles "Deep Sea Adventure," "A Fake Artists Go to New York," "Startups," and "Moon Adventure" with 1 to 8 players, online or offline. The downloadable software is priced at 21.99USD / €19.99, with more titles to be added in the future.

Oink Games, Inc., board game and digital game developer, will release "Let's Play! Oink Games" for the Nintendo Switch on Wednesday, December 15, 2021 (PST), which will allow fans to to play Oink Games’ titles online. The game is available through digital download and priced at 21.99USD / €19.99 (tax included).

Oink Games’ collection of titles gaining worldwide recognition in the board game industry are finally available to play on the Nintendo Switch. With a library including popular titles such as "Deep Sea Adventure" and "A Fake Artist Goes to New York". Even if you can't meet with friends or family in person, you can still enjoy board games as if you were sitting around a table. Enjoy playing together at home, or online. Select titles also allow you to test your skills against the CPU.

At the time of release, the library will consist of four Oink Games titles. Including the 200,000+ units sold, worldwide hit "Deep Sea Adventure" and the drawing social deduction game "A Fake Artist Goes to New York". Next, ”Startups," a game where you make strategic company investments to beat out your competitors, and "Moon Adventure," a co-op game where you become astronauts on a desperate return mission. More titles are scheduled to be added to the library after launch.

From Tuesday, May 11 to Saturday, June 5, 2021, Oink Games ran a Kickstarter crowdfunding campaign to raise funds for the development of this title under the name “Oink Games +”. The campaign received support from 1,689 people, totaling at 6,520,797 yen (appx. $57,447). At the time of the Kickstarter’s completion, there were three confirmed titles: "Deep Sea Adventure," "Startups," and "Moon Adventure''. But due to high demand from backers, "A Fake Artist Goes to New York," will also be included at launch.

Each title can be played online or offline, with anywhere from 1 to 8 players. The supported play modes and number of players vary for each title, so please check below. 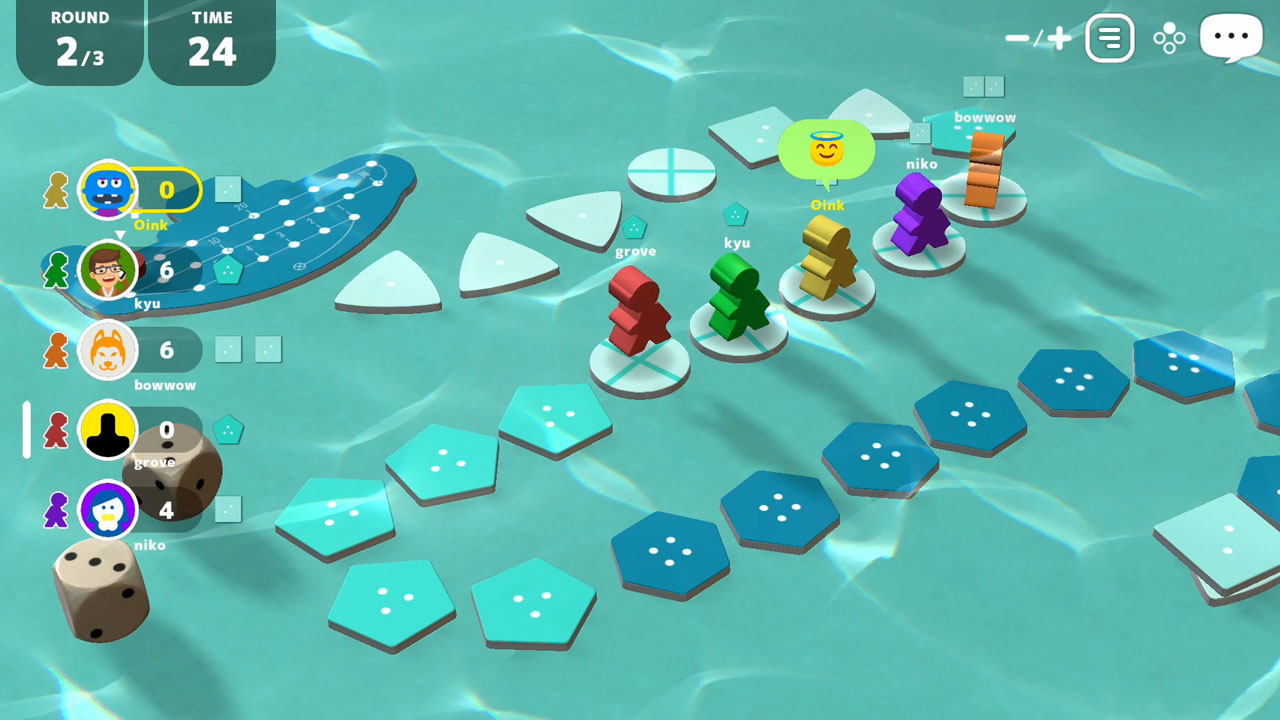 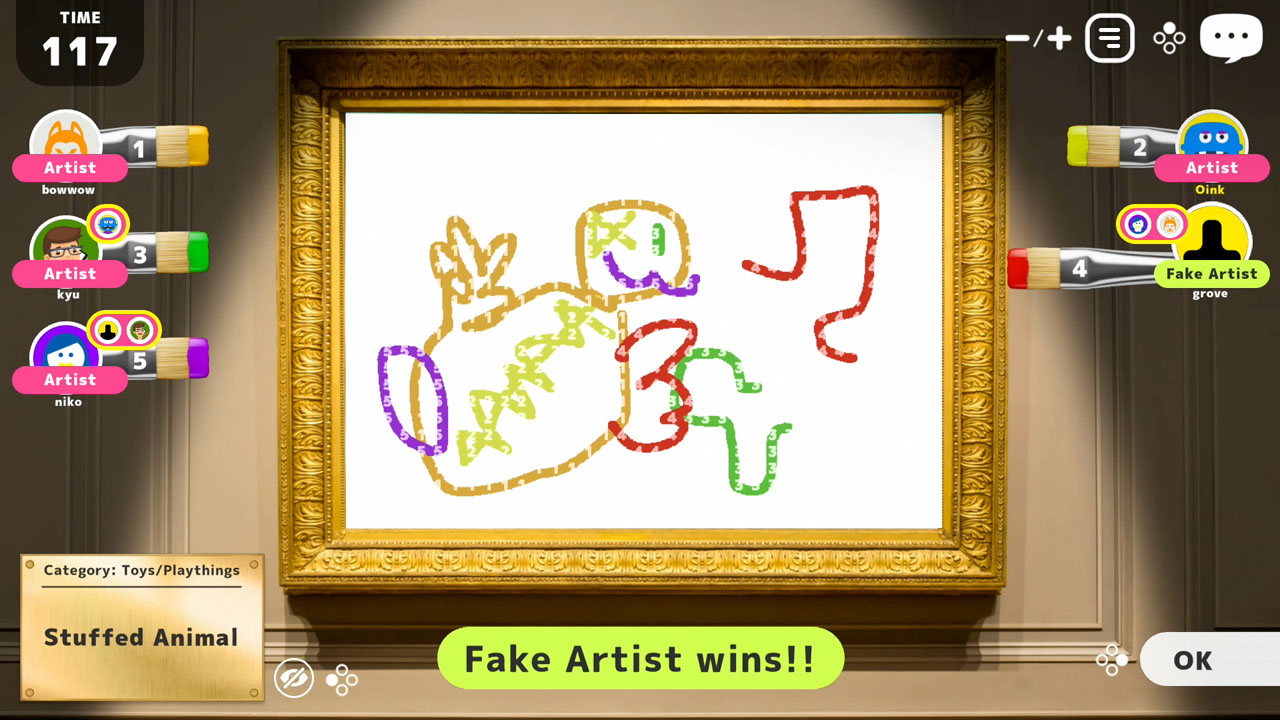 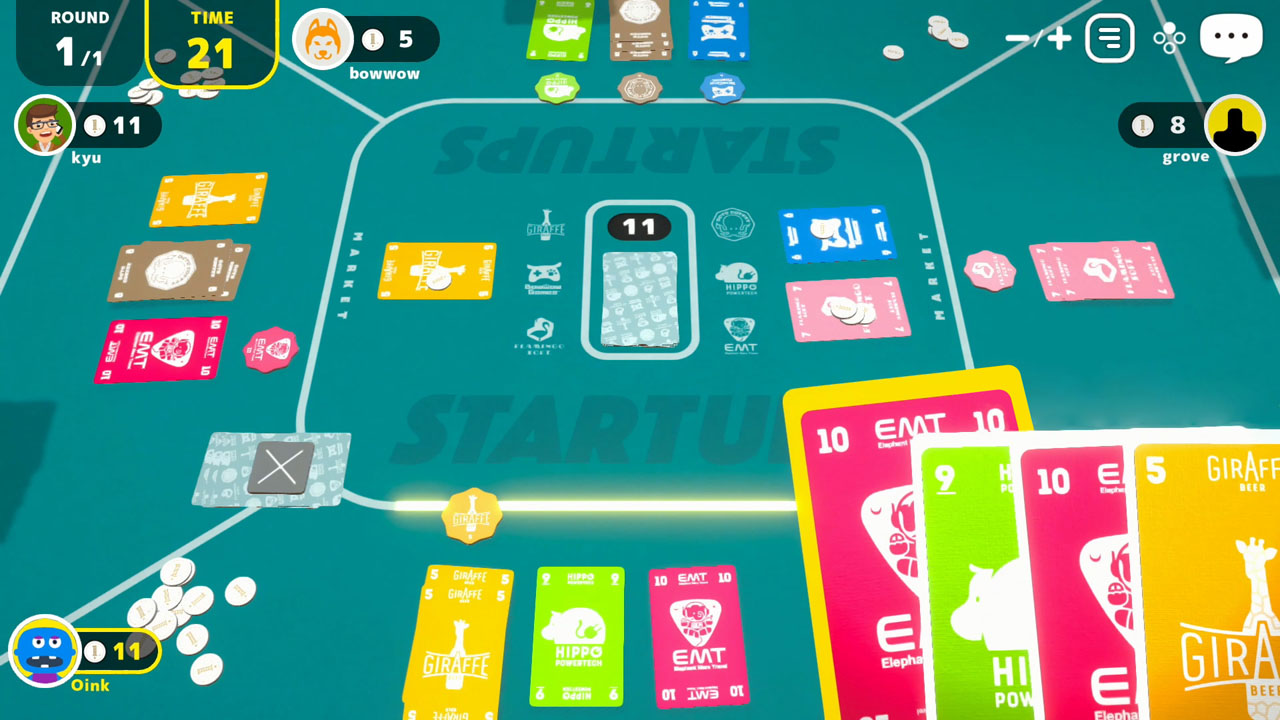 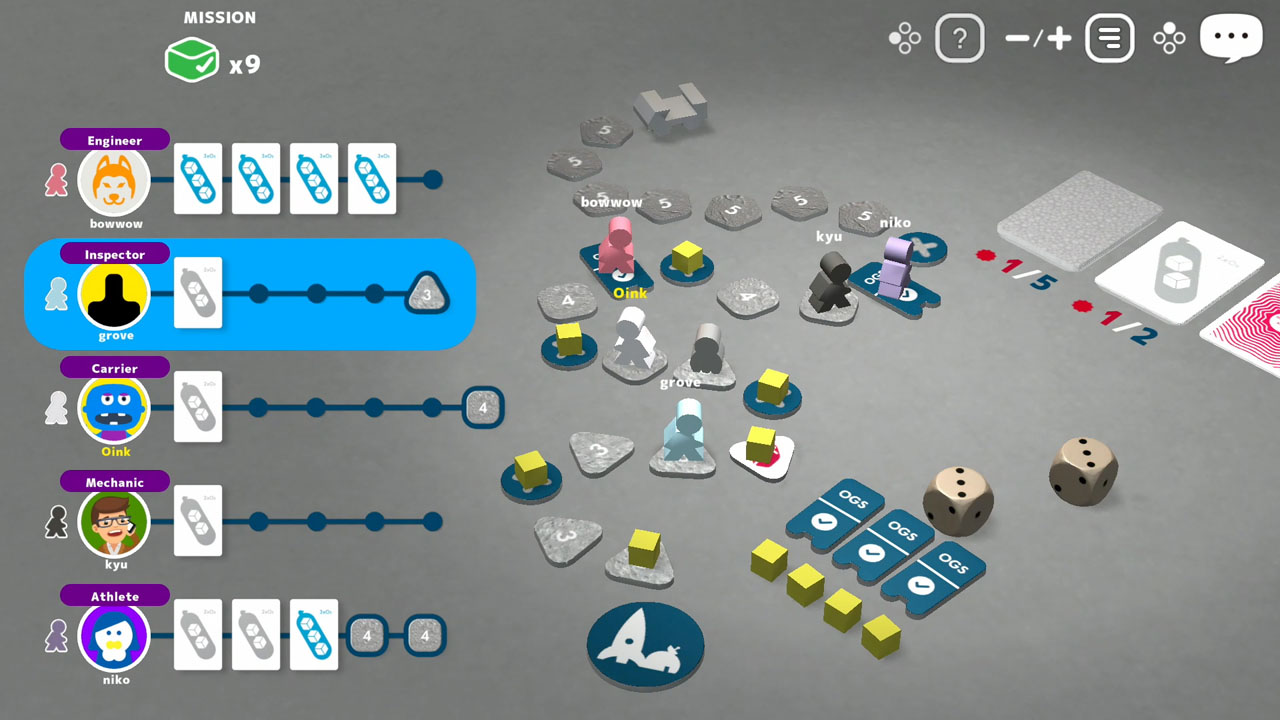 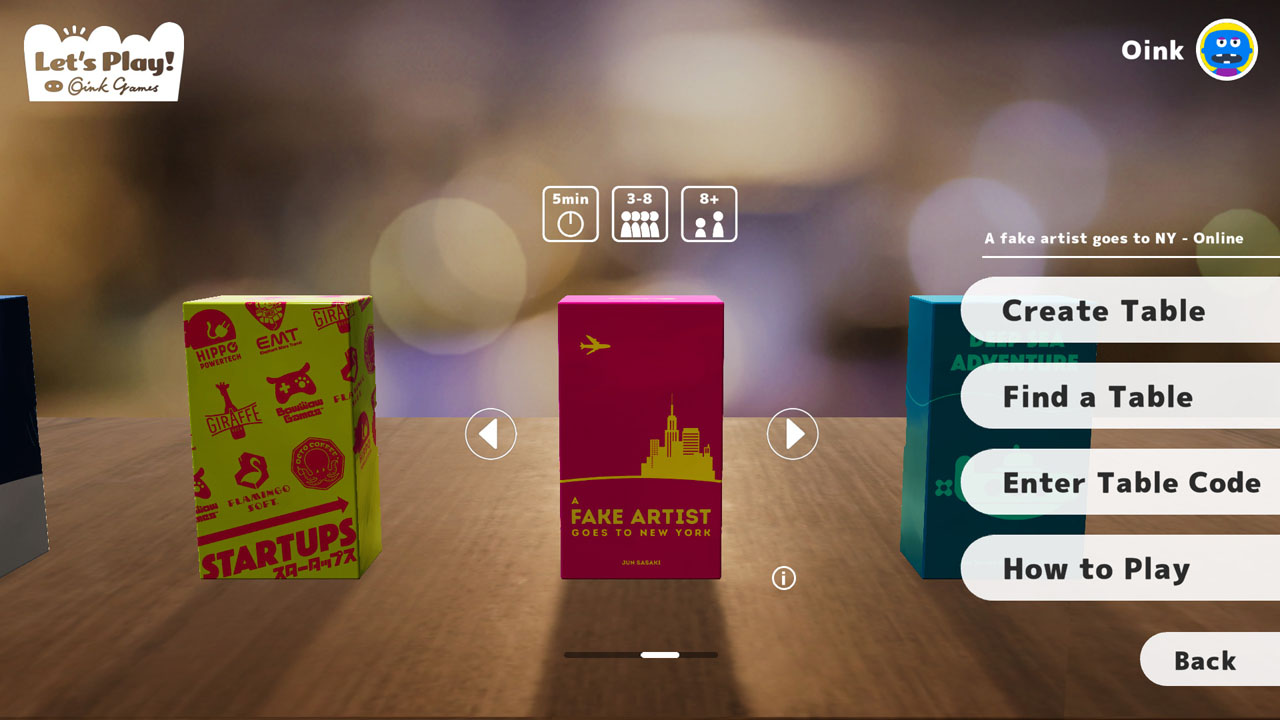 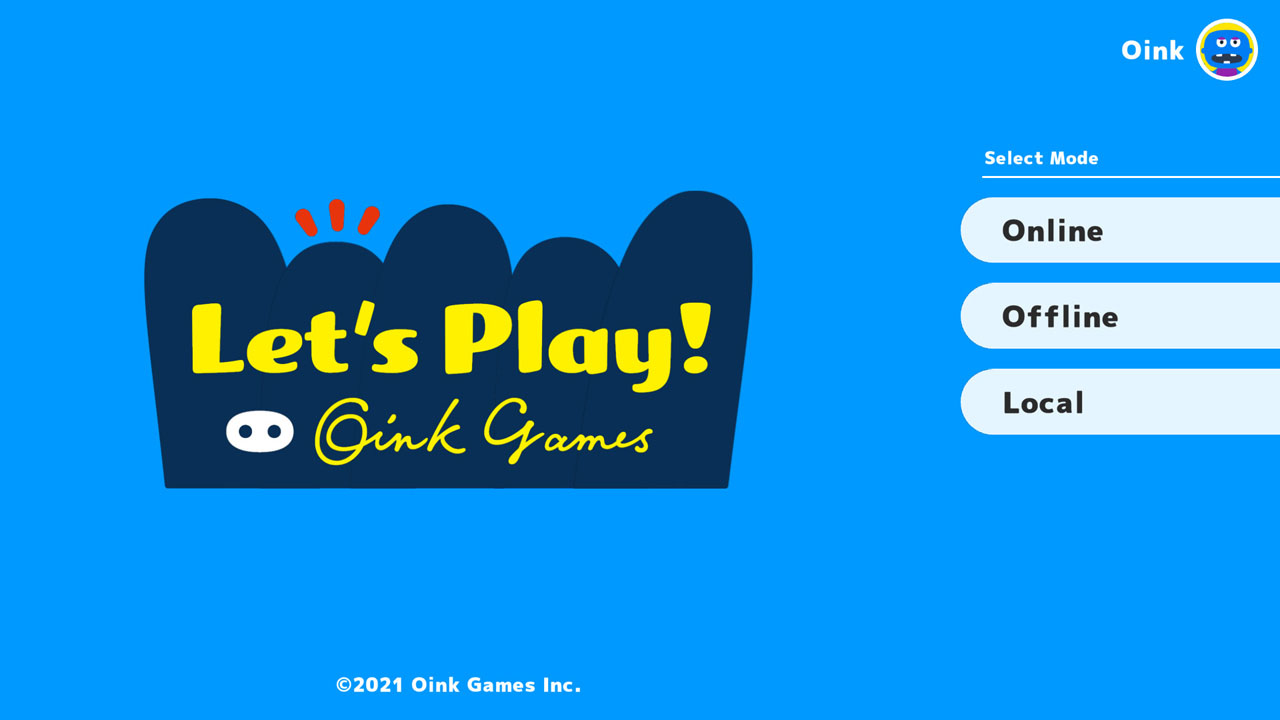