Holding on for dear life

A group of thugs stole a bunch gold from the corrupt crime lord in the next town over. Tonight is the secret meeting to decide how the gold is split. At this meeting, each thief has their own sturdy moneybag. If someone thinks the gold distribution is unfair, they can call out another fellow thief they believe has more gold coins and move some of those coins from the other thief's bag to their own. However, they must be very careful! If the thief steals too much gold and gets caught, they must give all of their coins to the other thief as punishment. This is an unusual game where you need to gauge how many coins the other players have by judging the weight of their moneybags and bravely accusing them of taking too much gold. 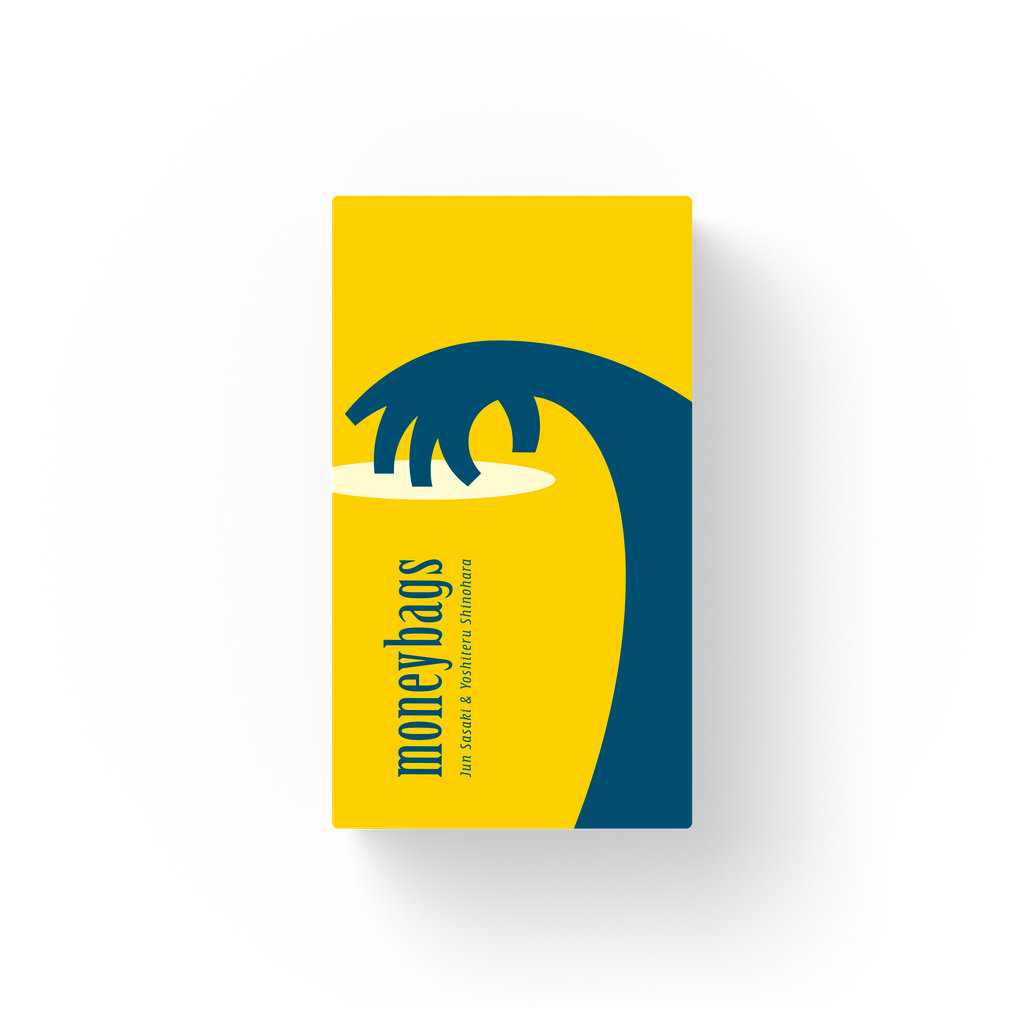 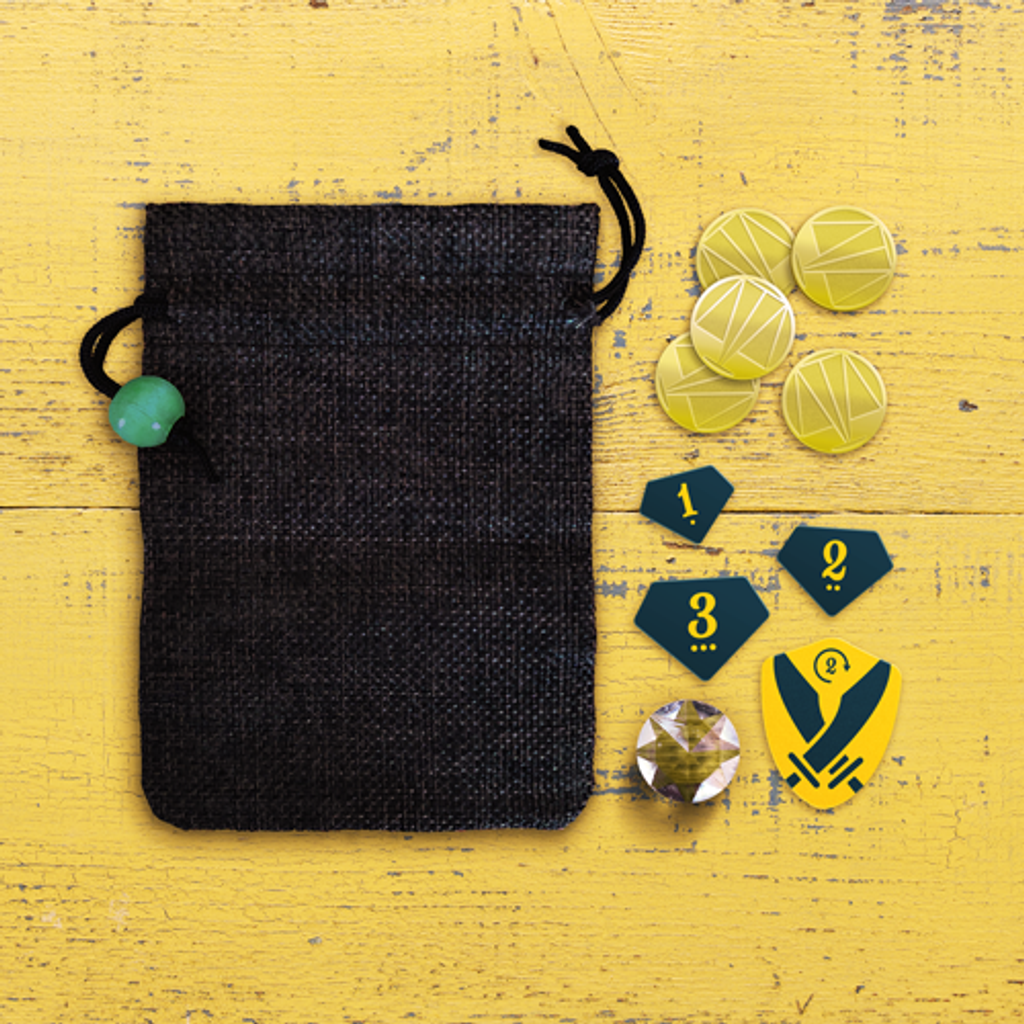 "Moneybags" is a collaboration between Jun Sasaki author of "Deep Sea Adventure" and "A Fake Artist Goes To New York" and Yoshiteru Shinohara who is known for his worldwide success "Crossing" released in Europe in 2013. In this game you have to guess the number of coins someone has in their moneybag just by estimating the weight of it with your hands. You have to watch your opponents expressions and can also discuss with them, which can be really funny. The game consists of 67 brass coins and six textile moneybags - all components of outstanding quality. 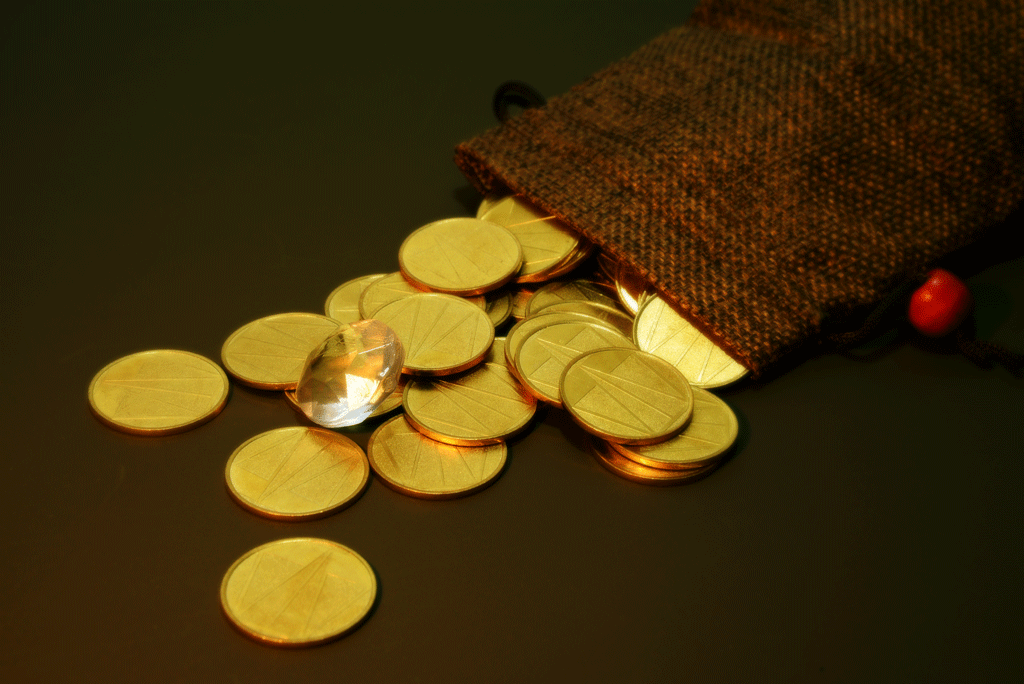 Every player gets one moneybag in the beginning and try to collect as many coins as possible during the game! They first get a random number of coins, distributed to them by the big boss and then can steal coins from other players who they think have more coins than themselves. 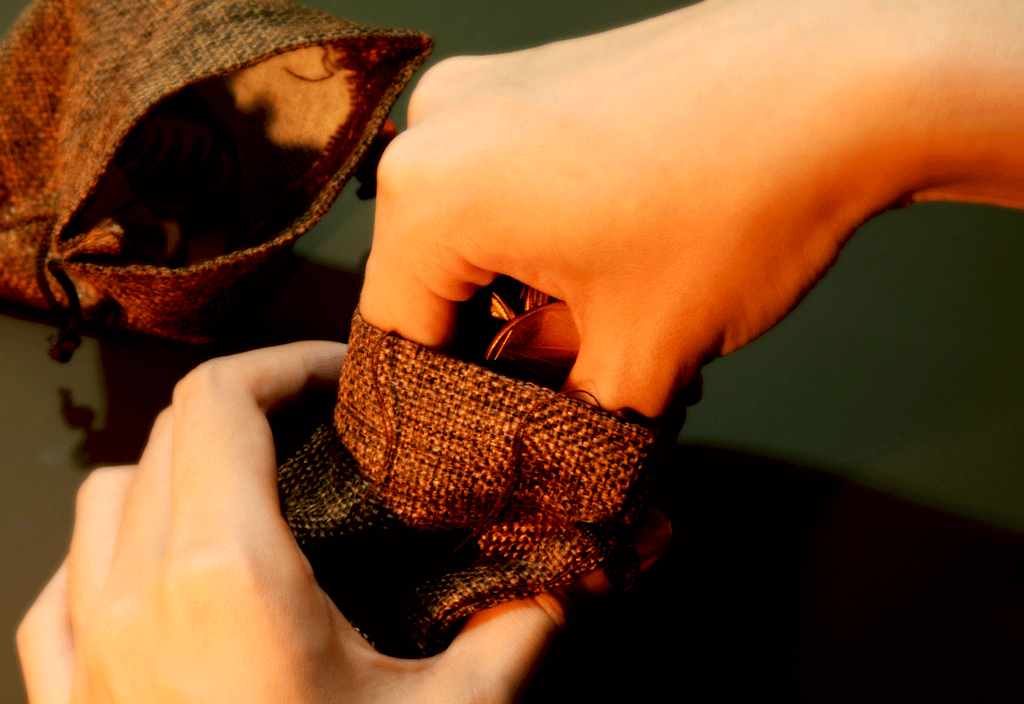 If they take too many coins from someone though, the player who got stolen from can demand a comparison and whoever player has more coins has to give all of them to the one that has less. Between the coins there is also one single diamond which is lighter than a coin, but is worth 10 coins. Players can deceive each other by using this diamond! 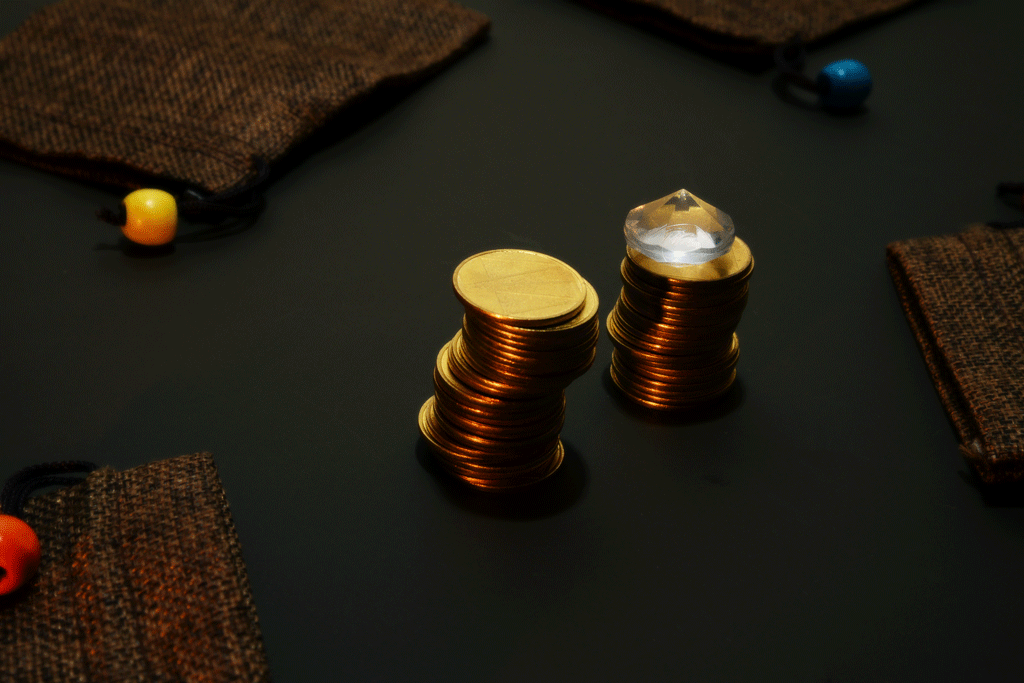 In this game you have to roughly estimate the number of coins in the moneybags with your hands - a truely analog feeling. It is a partygame of mutual deception!